In a perfect world this day should not even exist. Since world should be equal to everyone despite gender, color and background. But world is not perfect. So let’s celebrate this day for our women becoming more independent than ever, being undeniable authorities in their fields and more powerful in this century than ever before! Young kids has great examples to look up to, to keep creating equality for future generations.

As being a female business owner I do not feel discriminated in this world, but 100 years ago I might of been?! Thanks for women who stood up for the rights! I also grow up in Europe, in Lithuania, close to Russia, where growing up I didn’t see special treatment to women, as was treated definitely as equal, thanks to women rights movement there after WWI. My grandmother told me stories how Russian women had to take over over men’s jobs, because all men went to a war, and a lot of men died too. So they had to become carpenters, painters, builders, teachers, scientists, farm owners, cooks and still take care of the kids too. They did everything. 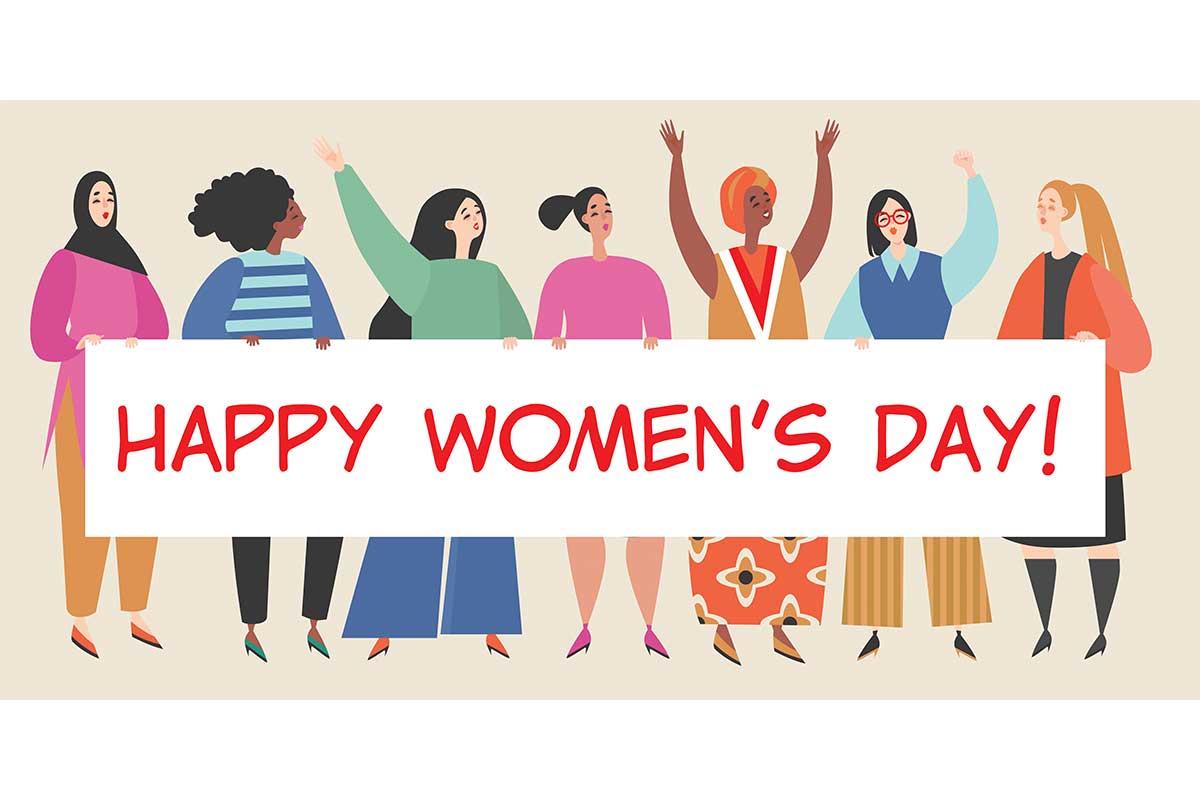 Celebrated on March 8 every year, International Women’s Day is a day dedicated to honoring the achievements of women throughout history and all across the globe, and is typically a day for women from all different backgrounds and cultures to band together to fight for gender parity and women’s rights.

International Women’s Day has a rich history dating back 108 years — the first glimpse of it was in 1909 when the Socialist Party of America celebrated 15,000 women who protested long work hours, low pay, and the lack of voting rights in New York City.

Originally called National Woman’s Day, the monumental annual celebration spread across the world (officially celebrated in 1911), but it was Russia who unknowingly set the March 8 trend. Although International Women’s Day became an official holiday in Russia in 1913, women still experienced difficulties caused by WWI. While men were off at war, women dealt with food shortages and a government who wouldn’t listen to them.

On March 8, 1917 (February 23 in the former Russian calendar), tens of thousands of Russian women took to the streets demanding change. The unified cry for help paved the way for Russian women to be granted voting rights soon after. What is the theme for International Women’s Day 2020.

In 1975, the United Nations officially recognized International Women’s Day, and, in 1996, began to adopt an annual theme for every year. The first theme was “Celebrating the past, Planning for the Future.”

This year’s theme #EachforEqual is meant to be a shared goal throughout 2020.”We can actively choose to challenge stereotypes, fight bias, broaden perceptions, improve situations, and celebrate women’s achievements,” states the organization’s site.

“Collectively, each one of us can help create a gender equal world. Let’s all be #EachforEqual.” The IWD 2020 campaign theme draws on the notion of “collective individualism,” which refers to the idea that every individual is a part of a whole, and that an individual’s actions, behaviors, and mindsets can all have an impact on larger society.

An equal world is an enabled world. How will you help forge a gender equal world? Celebrate women’s achievement. Raise awareness against bias. Take action for equality.

Brilliant Massage & Skin always stands for equality and no toleration for discrimination for men or women and equal opportunity.