HomeBlogBlogs on SkinFace and Body Muscle Treatments with Micro-current
April 29, 2019 Posted by Jolita Brilliant in Blogs on Skin 3802 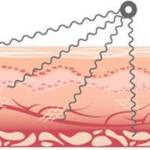 Did you know that your entire body is electrical? Every second, a small cluster of cells in the heart produces an electrical pulse that keeps the organ beating. With each beat, the heart pumps out blood that travels throughout the body, keeping you alive. That’s not all. Cells use charged atoms and molecules called ions to generate electrical signals that power vital processes in the body including digestion, circulation, movement, and brain function.

Injuries and illness can disrupt these electrical frequencies, making it harder for your body to heal itself. But you can return these frequencies back to normal and support your body’s natural electrical circuitry with the help of something called micro current therapy.

I already wrote in the past about TENS units for pain relief lets say in your back, when you can’t get a massage, its not effective as a regular massage but it can make massage sessions not needed as often. And works better than taking Advil, and has no side effects.

Micro-current therapy works in a similar way, but the electrical currents are extremely weak, so you typically won’t feel a thing. While the goal of TENS is short-term relief of chronic pain, micro-current is aimed at longer-term relief and healing, and offers a host of other benefits

100 years ago, there was a huge division in the scientific community — one group of scientists insisted the body was chemical, the other group claimed it was electrical. I probably don’t have to tell you that the chemical guys won, which is why we have “big pharma” and so many of our modern-day assumptions about how the body works. But the truth is, the body is far more complex than either of these groups realized — it’s both chemical and electrical. While there’s certainly a place for chemical treatments, you want to do what you can to support your body’s electrical system. That’s where micro-current therapy comes in. 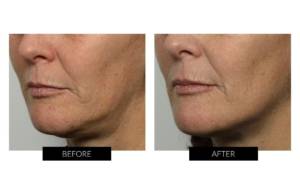 Micro-current therapy sends low-level electrical currents into your skin that are nearly identical to the body’s own natural electrical frequencies. Running a current over your body adds more electrons to your system, helping you make energy more quickly and stimulating tissue and cellular repair.[2] The technology works at the cellular level, increasing adenosine triphosphate, or ATP, the energy currency in your cells and the body’s most basic fuel. It also boosts your body’s absorption of amino acids — the building blocks of protein — and forms proteins in the cells that produce collagen in the skin.[3]

A physical therapist places electrodes on target areas of the body, or, if you’re getting a microcurrent facial, an aesthetician zaps your face with two metal prongs. Brilliant Massage Therapy will be offering these electric facials and in addition other areas of treatment in the body at the end of 2019!) The therapy is safe and FDA-approved. But if you’re pregnant or wear a pacemaker, give it a pass.

Quantum body pads stimulate passive muscle contractions, enabling you to have a total body workout without even breaking a sweat. A typical 20 minute Quantum stomach treatment is the equivalent of doing 300 perfect sit ups! Quantum pads can target and tone all areas of the body.

The benefits of microcurrent therapy

Microcurrent therapy is used to treat many things, including wounds, sports injuries, and skin sagging — it really is a great tool to have in your arsenal. I’ve used electrical stimulation from TENS on my muscles and felt a massive improvement in pain from earlier injuries. Here’s some of what it can do: 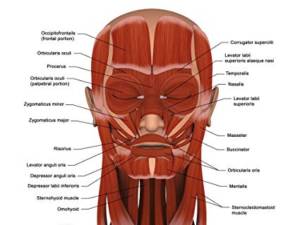 Microcurrent therapy has been used for decades to treat people with Bell’s Palsy — the sudden paralysis of muscles that causes one side of your face to droop. The technology’s toning effect caught the attention of the cosmetic field for its ability to lift the muscles in the face and tighten sagging skin, creating a more youthful appearance. Now it’s being hailed as a “natural facelift” and non-toxic botox alternative, with Jennifer Aniston crediting it for her smooth complexion, calling it a “little workout for your face.”

“When treating facial wrinkles, the goal is to strengthen and plump the skin and relax underlying muscles to prevent the skin from being folded on itself,”  says Joshua Zeichner, MD, director of cosmetic and clinical research in dermatology at Mount Sinai Hospital in New York City. “The concept here is that a low-grade electric charge over the skin enhances activity of skin cells and helps increase collagen production.”

An aesthetician first slathers your face in a conductive gel, the same type of gel used during ultrasounds, to aid the flow of electricity. Next, the aesthetician takes two metal wands with an electrical current running between them, and applies these to the face, sending electric currents into the skin, stimulating the muscles. It can be a pretty relaxing experience and you shouldn’t experience any discomfort.

Better than Botox for Face?

If you already get Botox or fillers, micro-current is the perfect compliment. Fillers give a quick and effective “plumping” effect, diminishing the appearance of fine lines and wrinkles. However, they do nothing for muscle contour, natural collagen, or elastin production — all of which are needed to maintain the face’s natural fullness and youthfulness. Over time, Botox actually causes atrophy to the facial muscles. Regular micro-current treatments help keep those muscles alive. Micro-current is also a great choice for anyone looking to wean themselves off of Botox and fillers.

We use Nu Face Pro at our office. 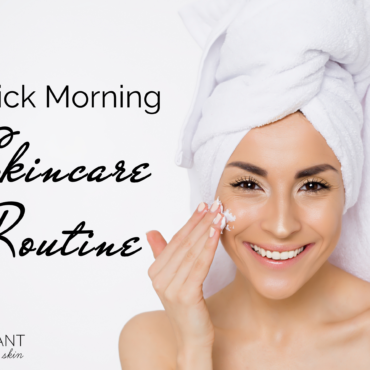