Does Himalayan Salt Lamps Work and How?

HomeBlogDoes Himalayan Salt Lamps Work and How?
May 8, 2017 Posted by Jolita Brilliant 2377 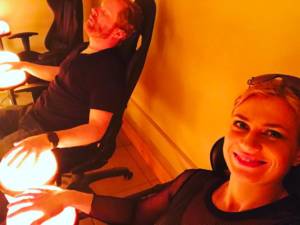 I have Pink Salt Lamp in my office and my home. They emit a very warm ambient light and creates a nice atmosphere. But what about the health benefits? I m sceptic when it comes to this kind of stuff. But I have found some information online that it can work to improve your health as well.

How do Himalayan Salt Lamps Work?

Water vapour is always circulating in the air of any room of your home. This water vapour carries along with it allergens like dust, pollen, pet dander, smoke particles, and even bacteria and viruses. 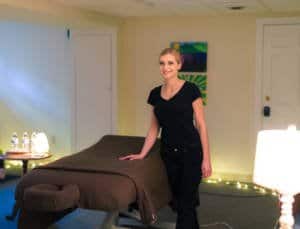 Salt is hygroscopic, meaning it attracts water molecules from the surrounding air. A large block of rock salt, like a Himalayan crystal salt lamp, is especially attractive to water vapour and its attached pollutants.

Once attracted to the salt lamp, these microscopic compounds remain on the salt and not floating in the air where you could previously breathe them in.

As Himalayan salt lamps slowly become saturated with water vapour they attract from the air around them, the heat from the lamp inside dries them, thus continuing the hygroscopic effect for as long as the light is on.

This heat also re-releases water vapour back into the air. Importantly, any airborne contaminants attracted to the salt lamp remain trapped there and will not become airborne again.

Occasionally, perhaps every few weeks, it’s good to turn off your salt lamp for an hour, let it cool and then gently rub it with a damp cloth to clean away trapped dust and particles. The rest of the time just leave it on and let it work to clean the air in your home. 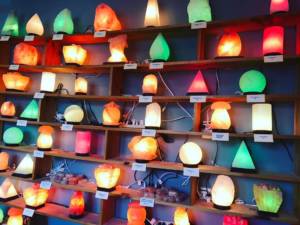 Can rock salt lamps produce beneficial negative ions? This is the biggest question most people usually have when buying Himalayan pink salt lamps for their reported health benefits.
The answer is yes, but not a great deal of them. Salt lamp benefits do include negative ion generation. It appears primarily from the moisture evaporating on the heated rock salt, though the photoelectric effect may also have a role in ion generation.

However, as a negative ionizer, crystal salt lamps have a limited range

This may well be the case, and pink salt lamps are certainly a beautiful addition to any room. Practically though, their negative ion producing range is quite limited. Don’t expect a small Himalayan crystal salt lamp to flood a large room with negative ions. 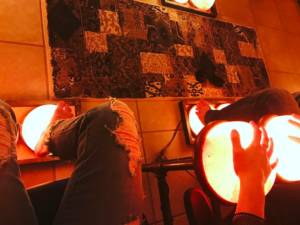 It’s difficult to back up these claims with scientific studies, though there is of course little incentive for research to be done on salt lamps in the first place.

There are, however, two other potential salt lamp health benefits, aside from negative ions, that proponents point to that may help explain why so many people report positive effects from using Himalayan rock salt lamps.

Color therapy may not sound particularly scientific but many people report great results with it. Most often reported benefits of color therapy with Himalayan lamps include higher energy levels, a more positive mood and a clearer mental state. Humans certainly respond well to beautiful colors so there’s every reason to believe the beautiful pinkish orange glow of a crystal salt lamp would be beneficial for stress relief.

Another potential benefit of salt lamps is that they don’t emit blue light. Most artificial light is high in the blue spectrum which has been shown to reduce melatonin production and can interfere with normal sleeping patterns.

The soft pink light of your Himalayan crystal salt lamp is the ideal soothing color to look at and relax before bed. Doing so for a while before you go to your bedroom may even help you get to sleep.

I have also purchased a salt lamp detoxifier

I purchased them mostly for the purpose of keeping my feet warm before providing Ashiatsu barefoot massage.

As well there are benefits to those warm heated salt balls as well.

What Does the Himalayan Salt Detoxer Do?

Himalayan salt works in a number of ways: